Dietary salt substitutes lower the risk of heart attack, stroke, and death from all causes and cardiovascular disease, finds a pooled data analysis of the available evidence, published online in the journal Heart.The beneficial effects of these substitutes are likely to apply to people all around the world, say the researchers.

Cardiovascular disease is the leading cause of death worldwide, and high blood pressure is a major risk for an early death. A diet high in sodium and low in potassium is known to drive up blood pressure.

Around 1.28 billion people around the world have high blood pressure, although more than half of these are undiagnosed, say the researchers.

Salt substitutes, in which a proportion of sodium chloride (NaCl) is replaced with potassium chloride (KCl), are known to help lower blood pressure.

A recently published large study from China (Salt Substitute and Stroke Study; SSaSS) found that salt substitutes cut the risk of heart attacks, stroke, and early death, but it was unclear whether these benefits would apply to people in other parts of the world.

In a bid to shed light on this, the researchers trawled research databases looking for randomised clinical trials published up to the end of August 2021 and reporting on the effects of a salt substitute on blood pressure, cardiovascular health, and early death.

Please refer to the full media release by the Heart, from the BMJ on this page for details.

Media release by the Heart BMJ 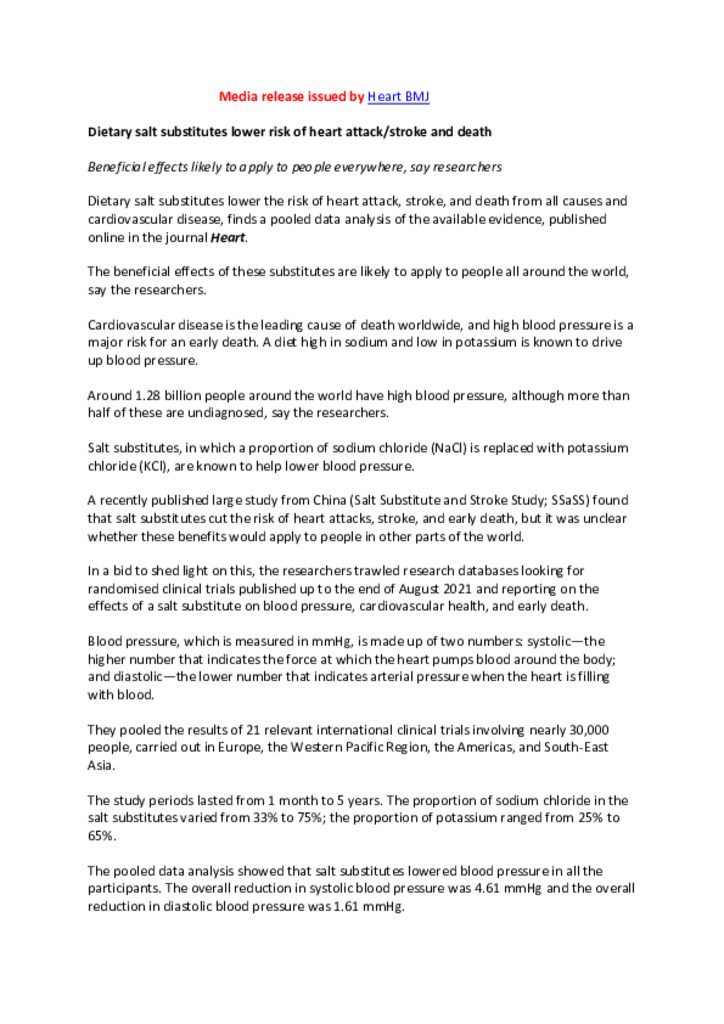