Doctors have warned that people should try to avoid taking dissolving, fizzy paracetamol that contains salt, following findings from a large study that shows a link with a significantly increased risk of heart attacks, stroke, heart failure and death. The study of nearly 300,000 patients registered with UK general practitioners (GPs) is published in the European Heart Journal. The George Institute’s Professor Alta Schutte and Professor Bruce Neal comment in an accompanying editorial that the weight of the evidence makes ongoing inaction on sodium-containing medications untenable.

“The widespread use of effervescent medication in the general population, and the enormous doses of sodium that can be consumed inadvertently by unsuspecting consumers requires urgent action,” they write.

For further information, please refer to the media release on this page, reproduced courtesy of the European Heart Journal.

The European Heart Journal is the flagship journal of the European Society of Cardiology. It is published on behalf of the ESC by Oxford Journals, a division of Oxford University Press. 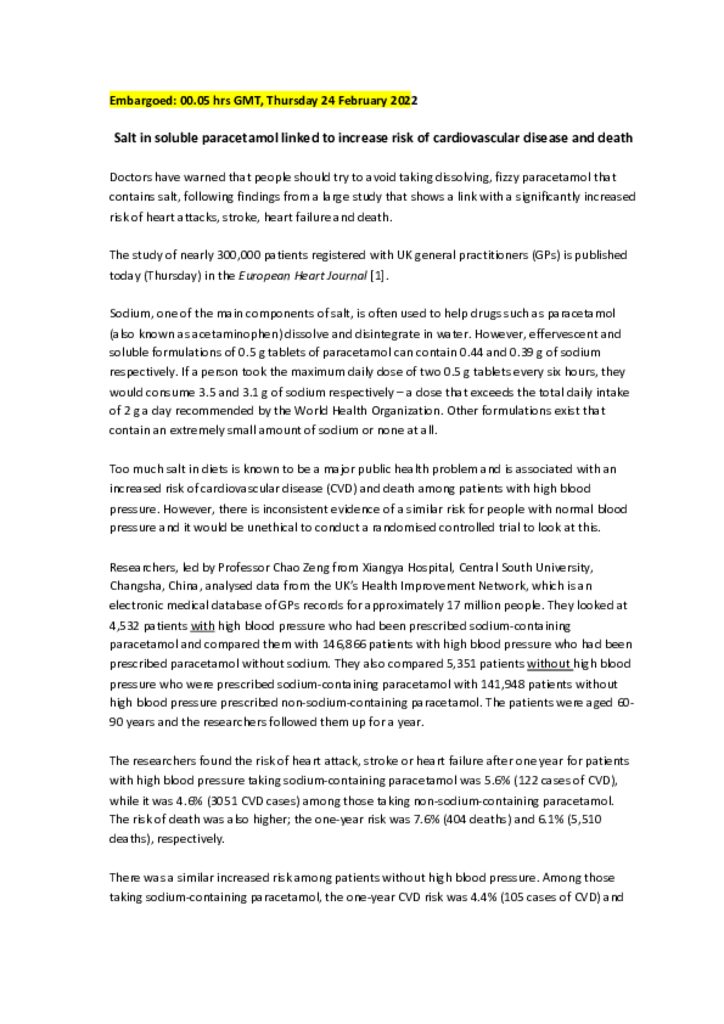