On May 28, the ‘Salt Substitute and Stroke Study (SSaSS) Annual Meeting 2016’ was held in Fengcheng of Liaoning province, a remote study site of SSaSS trial in northeastern China. This year, over 50 participants joined the meeting to report the progress of the study and exchange experiences. Participants included Principal Investigators from China and Australia, local Investigators, Project Coordinators, and experts from provincial study centers.

The SSaSS, is a five-year large scale, randomized controlled trial carried out by The George Institute for Global Health and The George Institute, China. The study aims to find out if a low-sodium salt substitute can reduce the rate of morbidity and mortality caused by stroke. It has been successfully implemented for two years in the five provinces since its launch.

Mr Guichen Wang, Director of the Health Bureau of Liaoning Province, gave welcome remarks on behalf of the local host of the meeting. The study’s Principal Investigators, Professor Bruce Neal and Professor Yangfeng Wu, expressed gratitude to all the team members for their efforts and support over the past two years, acknowledging their tremendous efforts in overcoming various obstacles to ensure the implementation of the project.

The welcome remarks and introduction were followed by project progress reports, data sharing and discussion, exchange of lessons and experiences in project implementation, and group discussions focused on key issues such as the next year investigation plan, data sharing policy, and protocol paper. Professor Neal also acknowledged the tremendous job that has been completed by study teams in each province. 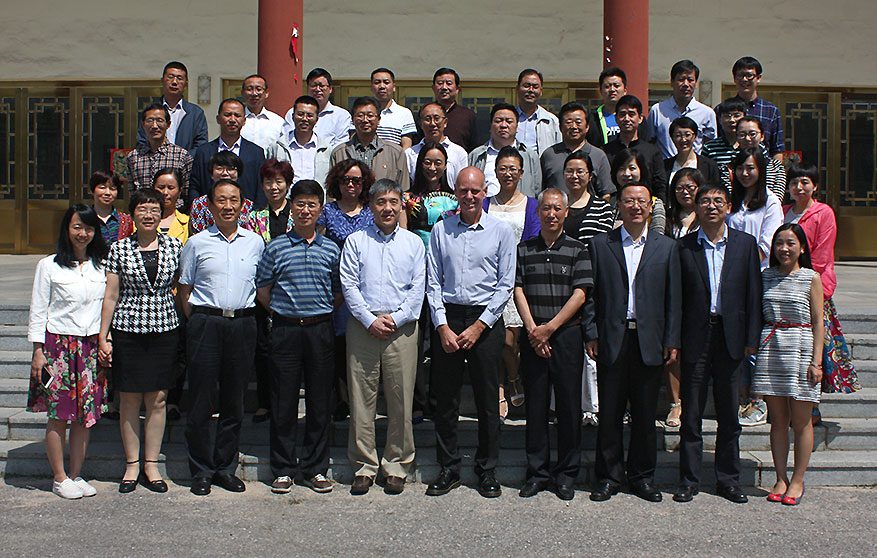 Over the past two years, the team have 1920 times provided to villages with salt-substitutes, collected 2400 urine samples, and conducted 48909 home-visits to high-risk patients. Professor Neal said the accomplishments was thrilling, “working with such a professional and committed team, under the support from partners of each area, I am confident in our research work to be conducted in the next two years, as well as the final study results.”

During the meeting, Professor Neal also mentioned the controversial paper recently published in The Lancet which tried to argue that a low-sodium diet might increase the risk of cardiovascular diseases for average people. Professor Neal said that the study was observational and had deficiencies, but still arouse the public’s doubt about salt reduction. The SSaSS Study, being a randomized controlled trial (RCT), would effectively be able to meet the challenge of public doubt.

Professor Wu further explained, “it is questionable to conclude that salt reduction can have a negative impact on health. To render a scientific answer of various questions, the method of RCT must be adopted, with the control of confounding factors.”

Professor Wu further emphasized that SSaSS Study was the first and the largest ever RCT study worldwide aiming to lower cardiovascular morbidity and mortality via salt reduction. With the efforts made by partner institutions, study results of high quality would be achieved. It would not only improve the health of local people, but also enhance the wellness of people in China and around the world.

The meeting concluded with a video presentation that was specially prepared for promotion of the study and closing remarks made by the study’s Principal and key Investigators. The meeting substantially enhanced communication among the study participants, allowing the participants to have a comprehensive understanding of the study on the whole, and to be better prepared for the implementation of high-quality research work in the future.