"Given these manufacturers made the majority of the bread eaten throughout Mongolia, these changes meant a significant reduction in salt intake almost immediately."

Non-communicable diseases like heart disease, diabetes, stroke, and cancer account for around 72% of total deaths in Mongolia. Almost 50% of this can be attributed to cardiovascular diseases. Mongolia also has one of the highest rates of hypertension in the Western Pacific Region at 27.5%. Surveys by the World Health Organization have found these conditions were increasingly due to unhealthy lifestyle, in particular unhealthy diets, including eating too much salt.

What did The George Institute do?

In May 2011, The George Institute’s Jacqui Webster (centre in the photo above) was invited by the Mongolian Ministry of Health to support them to develop a national salt reduction strategy.

The ten day consultation, organised through a collaboration between the Ministry of Health, the World Health Organization and the Public Health Institute in Mongolia, involved a series of working group meetings between government, food industry and manufacturers. Said Dr Webster, “The consultation was the first stage of the salt reduction work in Mongolia. Following on from this they implemented a series of pilot initiatives, including collaboration with food industry to reduce salt in bread and processed meats, factory workplace interventions, and introducing World Salt Awareness Week activities.”

“As part of the initial consultation we visited the Talkh Chikher Bread Company in Ulaanbaatar, supplier of 50% of the population’s bread. The goal was to raise awareness of the health effects of high salt intake and to encourage the factory to reduce the sodium in their recipes.” 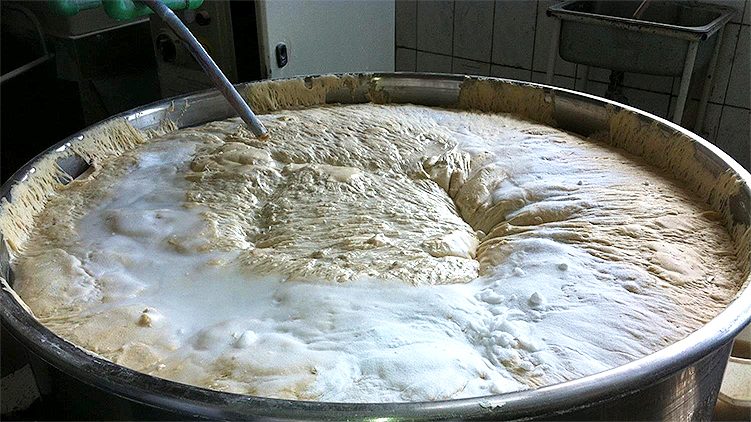 The amount of salt in bread in Mongolia was reduced by 12% - saving hundreds of lives a year.

Following the visit, Talkh Chikher reduced the salt content in its ‘Atar’ bread by 12% overnight. Other bread companies quickly followed suit, resulting in an average 1.6% decline in salt content in 10 breads and bakeries after May 2011.

“Given these manufacturers made the majority of the bread eaten throughout Mongolia, these changes meant a significant reduction in salt intake almost immediately. It also led to the food industries, like the meat industry and mass catering services, reducing the salt in their products,” said Dr Webster.

In parallel with this, a pilot intervention to reduce salt consumption of factory workers, undertaken in Ulaanbaatar city between 2012 and 2013, was associated with a reduction of 2.8 g of salt intake.

Since this project, and based on the success of the pilot initiatives, the Mongolian government has now adopted a national strategy to reduce salt by 30% by 2025, with an interim review of progress in 2020.