Ischaemic stroke caused by acute occlusion of an artery leading to immediate reduction in blood flow within the corresponding cerebrovascular territory, causes 9% of all deaths around the world, and is associated with a very high health-care and socioeconomic costs. Early spontaneous re-canalisation may occur from the endogenous release of rtPA, a serine protease of the fibrinolytic system. However, for most patients, this natural physiological function is inadequate to avoid the outcome of infarcted cerebral tissue from the occluded vessel.  rtPA is the only approved treatment of acute ischaemic stroke despite increased risk of symptomatic intracerebral haemorrhage (sICH).

Recent studies suggest that low-dose of rtPA is an effective treatment and may have a reduced risk of sICH but there is lack of reliable randomised evidence to support it. 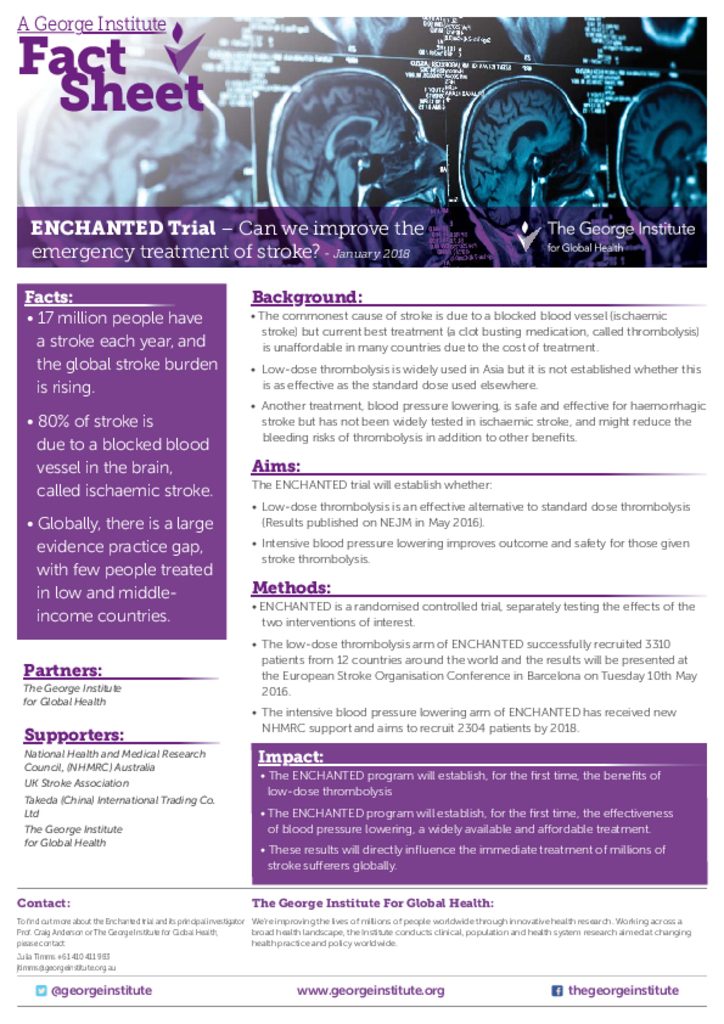