Drowning is a significant issue in South East Asia. The World Health Organisation (WHO) reports nearly 372,000 drowning deaths each year and it is estimated that more than half of these occur in South-East Asia and the Western Pacific Region.

However, little is known about the impact on communities, both socially and economically. The George Institute is now conducting research in Bangladesh, India and Vietnam looking into better safety and education around water. As part of this research, in-depth interviews and focus group discussions will be conducted with a variety of stakeholders to understand social issues around prevention and how best to implement better safety interventions.

The Barisal Drowning Reduction Project – Bhasa will test a multi-stakeholder approach to drowning reduction within a sub-region of Bangladesh. This will generate essential learning to feed into the ultimate objective -to test the theory that co-ordinated and comprehensive national and sub-national level responses will effect a significant reduction in drowning at the national and ultimately global level. The experience and knowledge will be used to inform good practice for the development of national and sub-national drowning reduction plans in other parts of Bangladesh and the rest of the world.

The Barisal Division offers a good testing ground for this concept, with its potentially high rates of drowning, an established working relationship with an experienced national partner and interest and support from relevant local and national level authorities.

The George Institute Team is an Academic partner in the project, collaborating with Centre for Injury Prevention and Research, Bangladesh.

Prevention in India and Vietnam

A major challenge facing the region is that programs often do not continue after a pilot phase or, are limited to a small geographic region. For example, SwimSafe was implemented in Danang, a coastal city in central Vietnam in 2009 but the program was not continued beyond 2011. Researchers at TGI are now looking into the barriers to ongoing swim safety programs.  More research is needed into the burden and distribution of drowning and the identification of barriers of preventing child swim safety interventions in Vietnam using qualitative methods. 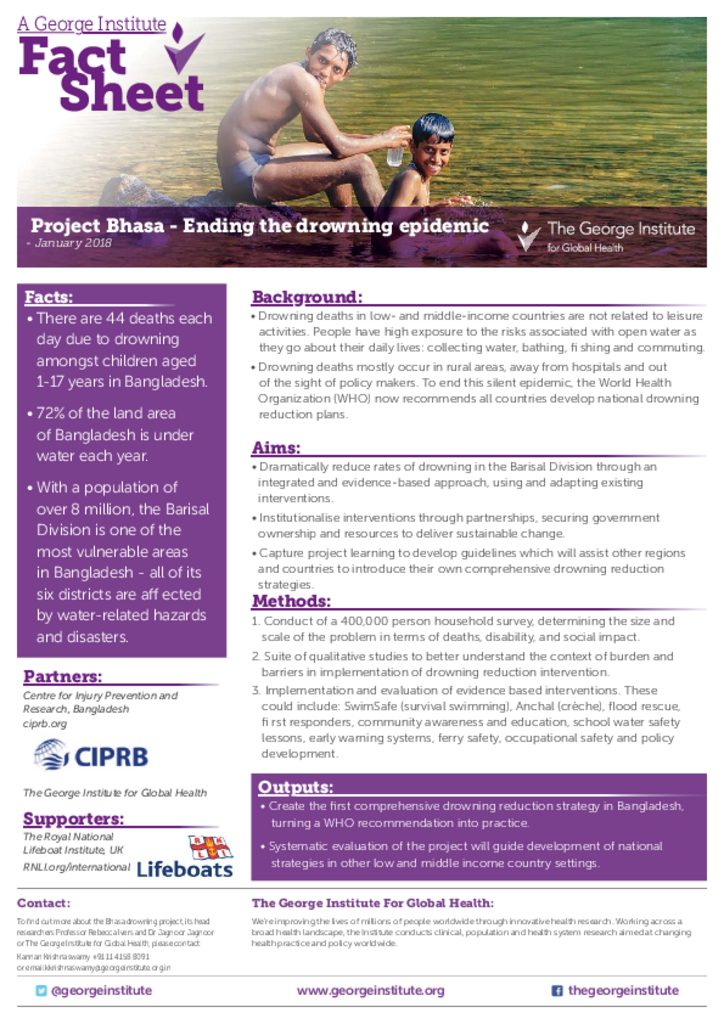 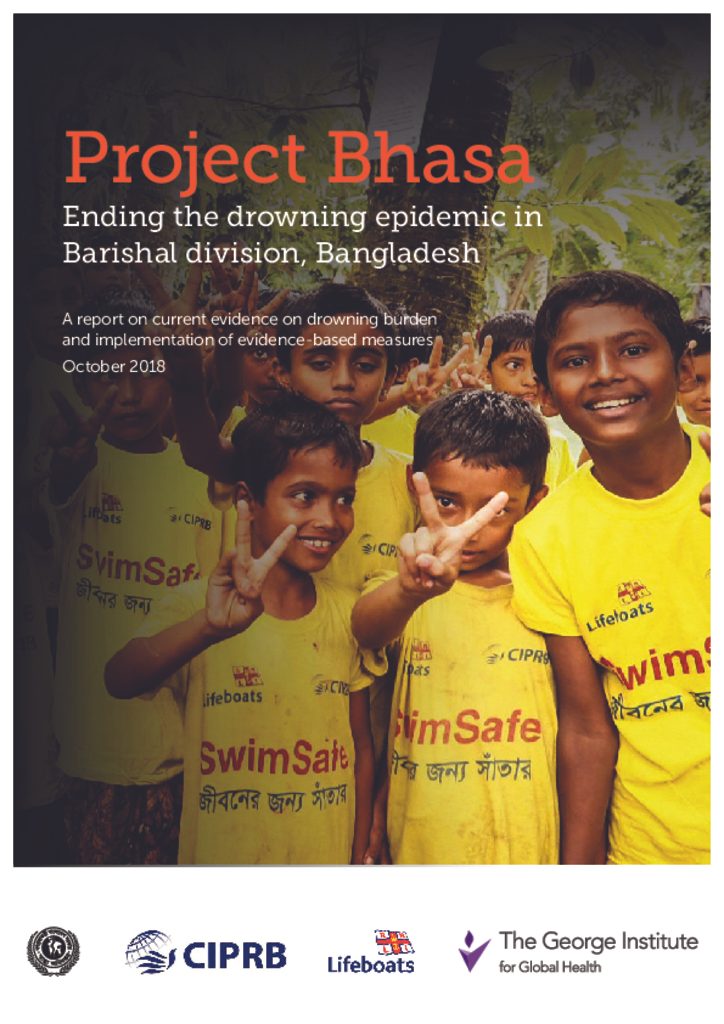