Type 1 Diabetes in China: Building a comprehensive evidence base of its coverage, cost and care (3C)

Type 1 diabetes (T1D) is caused by destruction of the insulin-producing cells of the pancreas, typically due to an auto-immune reaction. It can affect people of any age, but usually occurs in children or young adults and T1D is one of the most common endocrine and metabolic conditions in childhood. People with T1D need injections of insulin every day in order to control the levels of glucose in their blood and without insulin they will die.

Little attention has been paid to juvenile diabetes, or type 1 diabetes mellitus in China. The World Health Organization’s Multinational Project for Childhood Diabetes (DiaMond) found that T1DM incidence in China between 1990 and 1999 was measured at 0.1/100,000.

This latest data is now more than a decade old and China no longer has one of the lowest incidence rates in the world. The rate is increasing and it is estimated that the prevalence of T1DM in China will increase six-fold by 2025. However very little data exists on type 1 diabetes in China.

Evidence suggests that approximately 41% are diagnosed after admission for symptoms of diabetic ketoacidosis, and access to insulin and specialized care varies based on medical insurance possession, income and place of residence. The direct and indirect costs of current care for people with T1D and the investment required to improve care is not known.

More information is needed on how many T1DM patients are in China and how T1DM is being diagnosed and managed in order to determine how diagnosis care, education and health insurance can be improved. This was a mixed-methods descriptive study with three arms: coverage, cost and care.

To determine the coverage of care, a list of people with T1DM was developed including information on diagnosis, age, sex and vital status.

Over 88% of study subjects had insurance coverage but only 21% of their direct medical costs were covered by insurance. 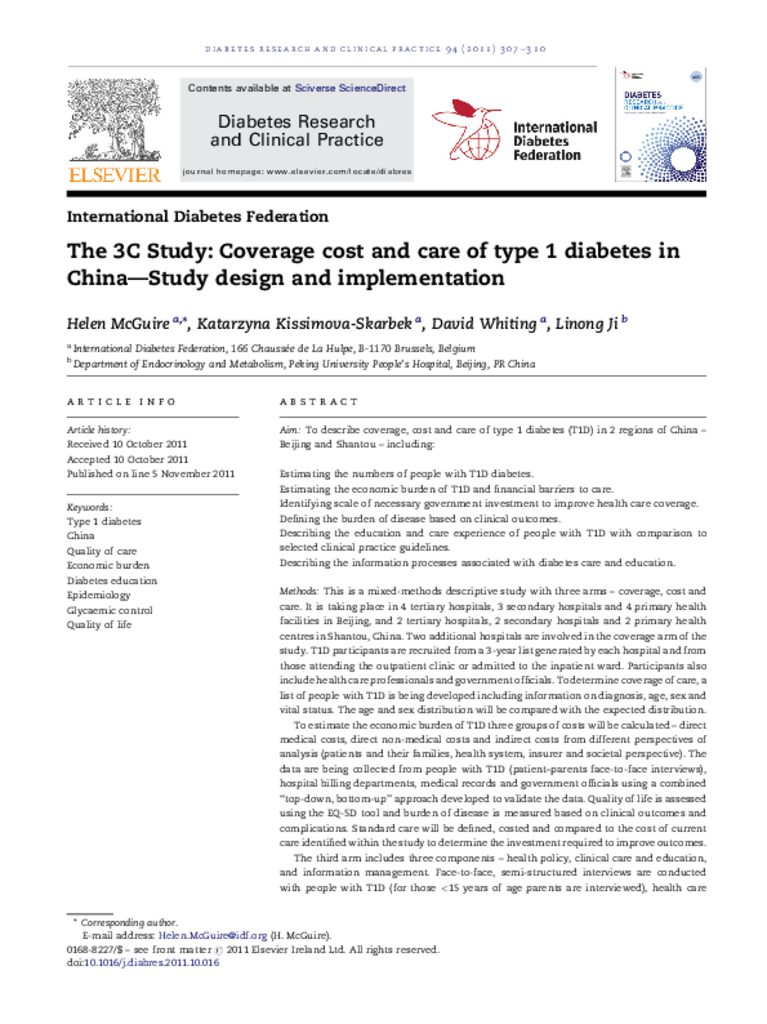